The artists Mehrake Ghodsi, Maëlle Guéroult, Fabien Arnaud from the company “Traverse” explored the territory of Aubrac Carladez Viadène in search of “water imaginaries”. As part of their artist residency, they created four book-objects for reading with visible fingers until November 18 at the Argence media library in Sainte-Geneviève-sur-Argence and from November 21 to December 23 at the Viadène media library in Saint-Amans -des-Côts.

To this end, the company rode bicycles to meet women and men who live, directly or indirectly, connected to water. “On the Viadène plateau, water is not so visible, you have to look for it in fountains, in small streams hidden in the vegetation. And then when you get to the Truyère gorges, the show is great”says Maëlle. “The residents we interviewed have a very pragmatic attitude towards water, it is used for drinking, for drinking the herds, also for electricity. To find the imaginaries of the territory connected to water, he had to deepen the exchanges, explore the traditional stories. We wanted to bring a new perspective.” In their research, the artists collected portraits, oral memories, watercolors made on the spot, and other trinkets collected from the water. They drew valleys, springs and streams. Drawing, painting, paper cutting and folding were their means of expression. At the end of their journey, they leave these books-objects of the waters of the territory and the inhabitants who drink there. Under the title “Veins”, these unpublished productions spin the metaphor of the human body where the waterways would be the veins of the territory, where also basins, gorges and scalps would be found. 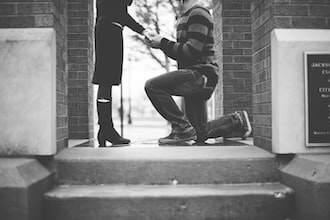 Tarbes: after writing for others, Fabrice Angot releases his first novel

a prevention organization must close the books

Le Mans. A book about fatigue and sexuality