The new album by Devin TownsendLightwork, officially arrived today (November 4), although it’s missing a title – a song called Honeybunch (but a demo of it is available on YouTube and can be found below for the curious).

The song in question unfortunately had to be dropped due to permission issues, as it featured tunes from Aqua’s 1997 hit Barbie Girl.

In discussing this dilemma, the Canadian musician told guitar world : “We had recorded a song called Honeybunch, whose melody is taken from Barbie Girl. I thought if you re-recorded the sample you could use it because it’s not the same version anymore. But it turns out that’s not the case!”

In its place on the album is a song called Heartbreaker, which, as Townsend explains, was originally meant to be on Lightwork’s bonus disc: “It’s not the same vibe, although on some level I think it suits me better. I’m strangely grateful that I had to change a few things at the last minute.”

Lightwork is out today, and as Devin himself describes it, it’s “a simple, heartfelt collection of pop-Metal direct, with great melodies”. 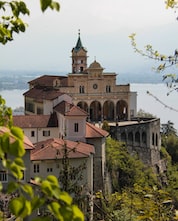 “Let’s throw tomatoes at them”, annoyed at Laurent Delahousse, Robbie Williams is loose about Meghan, Harry, Kate and William!

Everything you need to remember from the press conference