Faustine Bollaert: what she was not allowed to talk about when she presented The Best Pastry Chef

At the microphone of the show We redo the TVon RTL, Saturday November 12, Faustine Bollaert returned to the time when she presented The Best Pastry Chef. “I was not the first to rush on the cakes”she confided, specifying that she did not like sugar too much… which she had absolutely no right to say at the time.

Since August 2017, Faustine Bollaert presents It starts today on France 2, every afternoon. And it’s not always easy. It must be said that the testimonies of his guests are often difficult to hear. ” When I record a heavy show, I need to take several breaks in my dressing room to decompress through laughter with my team. Like a need for lightness »she recently confided in an interview with TV Star. However, Faustine Bollaert loves hosting the testimonial show… perhaps more than The best pastry chefwhich she presented from 2012 to 2017 before being replaced by Julia Vignali (itself replaced by Mary Portolano).

” I’m not very sugary »revealed Faustine Bollaert on the show We redo the TVon RTL, Saturday 12 November. And to add: “Me, you offer me sausage and crisps, that’s much more my thing than sweets. » What she absolutely could not reveal at the time when she presented The best pastry chef. “It was still complicated to say it […] I was told: “You don’t say it, you don’t say it.” » Today, Maxime Chattam’s wife can trust: ” I take revenge now »she joked. “Actually, you don’t like cakes!” »exclaimed Eric Dussart. ” You have been deceiving for five years! »

“No, I was under no illusion, but I was not the first to rush on the cakes »replied the host who changed her age on her Wikipedia pagecontinuing: “You know, you arrive on set at seven in the morning, you with the smell of chocolate until two in the morning, after that, you only dream of one thing, it’s a hamburger. » If she fell for a burger, it was always off the air.

Consent must be explicit, otherwise it’s rape, according to a National commission – rts.ch 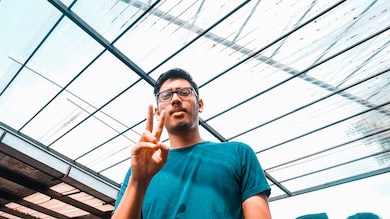 after The Watcher and Dahmer, this new series created by Steven Moffat is a real hit (20 tweets)