Raoudha Jean-Zephirin (Large families) is pregnant with her ninth child. While the birth is expected for the month of December, the TF1 docu-reality star announced to his Instagram subscribers that he had made a radical decision

It was in 2021 that viewers discovered the Jean-Zephirin clan for the first time on TF1 in Large families: life in XXL. While the next few weeks promise to be sporty for the clan who is expecting the arrival of her ninth child scheduled for the end of the yearthe mother of the family continues to give news of her great tribe through social networks.

This Monday, November 7, when most children go back to school, Raoudha Jean-Zephirin announced to her followers a big change in the organization of her days. While she is almost eight months pregnantthe young mother decided that from now on it was going to be her companion who was going to accompany and pick up their eight children from nursery and school. “Today is a change for me: I no longer take the children to school. He is my beloved dear husband who takes care of this mission until my delivery“. Raoudha also took the opportunity to give some news about her pregnancy in his Instagram story:I can no longer make long journeys, I can no longer walk much. I have a lot of ligament pain and I’m starting to contract. You have to put your foot down“, she told her fans.

An emotional end to the year for the “JZ”

This end of the year is therefore shaping up to be a real emotional fireworks display for the Jean-Zephirin clan, with the culmination of all this happiness, this happy event expected for the holidays. On October 10, Raoudha had indeed revealed on her Instagram account the expected date of her delivery. And the ninth member of the “JZ” siblings should point the tip of his nose to a date that is emblematic to say the least: December 25! A great Christmas gift for the growing family!

Article written in collaboration with 6médias. 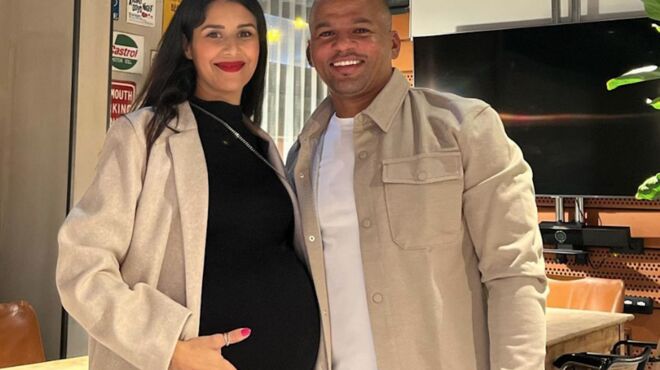 A Belgian humorist harassed on France Inter: “I was the victim of harassment from a (very) close collaborator of Nagui”

At what time, and on which TV channel?