Saint-Sulpice-la-Pointe. The story in the dedication to the Book of Escape

Gabriel Sandoval, a well-known author, has written a beautifully illustrated story for children, which he will be reading at the bookstore next Wednesday, November 16. The story was published in the form of a book called “Gingerbread and White Sand”. It was illustrated by the young graphic designer Magali Ben, and published by a small Albigensian publishing house: Edite-moi!

It is the story of a 10-year-old girl named Pain d’Epice. Her father is a sailor and he has not reported any news since his last trip to the sea, and she will decide to look for him and sing from port to port to find him. Then she will sing in the most prestigious theaters until the day when an unknown visitor asks to see her… At the end of the book you can read the story again, in Occitan: “Pan especiat e sabla blanca”. A version read and followed by his brother, guitarist Bernardo Sandoval, is available online, accessible via a QR code printed in the book. Gabriel will come to read his story, accompanied by a presentation of large-format drawings, and some guitar melodies will color the atmosphere. Gabriel Sandoval was born in León (Spain), which he left at the age of 4 with his brother and parents in 1962 to settle and live in Toulouse. He received his doctorate from the University of Toulouse le Mirail and worked as a professor of Spanish. The reading is intended for children from 3 to 7 years old, or even more so for fans of fairy tales and stories that take us far. Expected duration 30 minutes. Gabriel will then sign the books.

With “Different”, Frans de Waal wants to change our vision 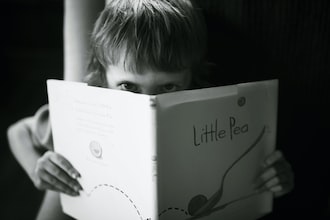