And if you boarded with the mountain rescue teams of the Civil Security and the National Gendarmerie? WITH “Ascensions”his third and last book, Toulousain Pascal Sancho invites you to discover the daily lives of women and men who 365 days a year risk their lives to save others.

“The people interviewed for this book are almost all friends. They told me about the helicopter rescue that marked them,” explains the man who is a high mountain guide and who provided first aid in CRS units of the national police for thirty years. Pascal Sancho tells the story of these helicopter rescues, telling us about “the most extreme and often the most dangerous missions”.

“Sometimes the rescues are great, it’s acrobatic, we winch a long way into the walls, but what I remember from my retirement in 2017 are the smiles.”

The Savior especially evokes the character of Claude Clochard, the chief mountain pilot, a reference in mountain flying. “During the rescue, he managed to land his helicopter with the blades torn off as if he was in training,” Pascal says admiringly.

This book is dedicated to pilots and crews in general. “We owe them a lot. 40 years ago, the surgery took several days, then several hours, now we are there in 45 minutes. »

Published last September, “Ascendances” was “enthusiastically received by the profession”, assures Pascal. “It’s mostly a pretty discreet occupation. Professionals understood that I put my profession first. My book also allows readers to discover behind the scenes of a mountain and reminds them that even a simple hike requires knowing how to read a map or weather forecast. The foreword for the book was written by Sébastien Loeb, a rally and helicopter pilot.

Books: 5 novelties to devour under the sun

Nord Stream: explosions equivalent to “hundreds of kilos of TNT”, the UN delivers its report 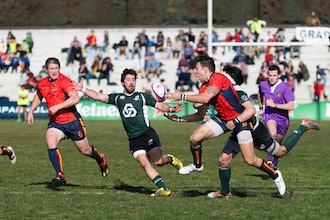