The fourth work for Campilais by Jean-Paul Giorgetti

Jean-Paul Giorgetti has been rain and shine for a long time. Originally from the very beautiful village of Campile in Haute-Corse, his studies made him a meteorologist. From the National School of Meteorology in Bois d’Arcy in 1973 to its retirement in Ajaccio in 2015, our Leverrier emulator has traveled a lot through its profession. He has been rewriting his memories, his emotions, his feelings, his thoughts since 2005 in 4 books.

1. ” Meeting the wind » (published in 2005 on his own account) told about his more than a year, his meteorological mission, in the Kerguelen Archipelago in the southern hemisphere. In 2019, ” Island time (ed. Piazzola) evoked his professional career. Last year, an issue of Maia published ” gourmet coffee », a collection of 22 short stories that this time told a love story between a woman and a man: their meeting, the passion that connected them, sensual moments, moments of companionship, times of quarrels, sharing… In this month of October when the temperatures are out of season to remained in his domain, Jean-Paul Giorgetti publishes, for Maia editions: “ Twelve meetings “. The encounters that the author has entrusted to us have the power of a flash. He feels the deep joy and subtle harmony that he shares with us. Each of them is like a visit, an authentic experience. They enter his existence and transcend it in the relationship that is created. The encounters, which have become friendships, which like love overwhelm him with speed… a flash.Thus we get to know better Juliette, Henri, Jean, Marina, François, Danièle, Loïca, Christiane, Pierre-Olivier, Jean-Paul, Blandine and Alain.

No doubt Jean-Paul Giorgetti will also be leaving very soon to meet his readers through signing sessions.

Abbeville: Nothomb, Bussi and Levy are expected at Studio Livres

Davie delivers an icebreaker to the Coast Guard 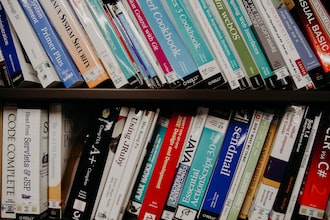