As the season of cozy comforters, fireplaces, hot chocolates and glued evenings is upon us, Disney + is coming with a proposal that will mainly appeal to Christmas fans and nostalgics.

It’s none other than Tim Allen who puts on his Santa Claus clothes in a series derived from the classic Santa from 1994 and its sequels from 2002 and 2006. The actor has been, for all these years, in the minds of many moviegoers, the very incarnation of this friendly, paunchy fellow of the holidays and finding him immediately tickles our nostalgia. But the series Santa Clauseslaunched this Wednesday, November 16 on Disney +, is it up to it?

It has now been 30 years since Scott Calvin inherited the important role of Santa Claus. While he’s still as jovial as ever, Santa’s popularity is waning, as is the magic of the holiday season. The gloom is palpable. Scott struggles to cope with the demands of his job and be there for his family. He questions himself and sees that his magical powers are beginning to fail him. When he discovers there is a way to retire, Scott plans to quit his job as Santa Claus and find a worthy successor in order to become a better father and husband. But will he manage to find a good replacement?

Santa Clauses follows in the footsteps of Scott Calvin, as he tries to swap red clothes for beach clothes. In doing so, the magic and bewitchment are not completely there, even if seeing Tim Allen in the skin of this sympathetic character immediately gives some sweet shivers.

On the road, we meet Simon Choksi (Kal Penn) and his daughter Grace (Rupali Redd), those who – we believe after watching the first two episodes – will have an important role to play in the future. The heirs to Santa’s throne are getting slim. Could we turn to a bereaved dad trying to make a fortune in business? In this role, Kal Penn is rather interesting.

Obviously, the set remains quite pleasant, clean and festive and will suit the whole family. The good feelings are legion, as well as these elves who populate our small screen. We are not revolutionizing anything, both with the expected scenario and the direction, but we offer early adopters a good dose of holiday magic, enough to put a smile on their face. That may be enough! 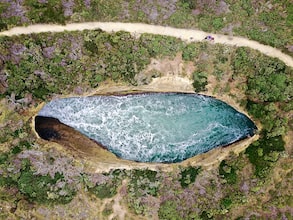 “Citizens trees !” : “Great moment of solitude” for the guests of the “Ecological Telethon”, unable to name three trees

Pauline (Les Mamans, 1 year later) opens up about her difficult break-up with François-Maxime