This Saturday, November 5 in We redo the TV on RTL, Eddy Mitchell recounted the dumpling made by the priest at the funeral of Johnny Hallyday. A blunder that will have made the people present on the spot laugh.

In a few weeks, it will be five years since Johnny Hallyday diedplunging his loved ones and millions of fans into great sadness. Over time, that ofEddy Mitchell calmed down a bit. This Saturday, November 5 in We redo the TV on RTL, he also confided: “I’m still thinking about him and I’m just fine with it, because he’s still there. I know he’s pissing everyone up there. So it must be good.” In the process, Eddy Mitchell told a surprising anecdote which took place during the funeral of Johnny Hallyday. The officiating priest forgot that his microphone was on… And he let go!

Johnny Hallyday would have liked this blunder, according to Eddy Mitchell

“At his funeral, the poor thing… The priest finished mass and people were going out. And the priest forgot that his microphone was still on. And the priest said that now he was going to fuck the shit up in heaven. We all turned around and we were laughing and saying congratulations to him”said Eddy Mitchell. Éric Dussart, who hosts the RTL program with Jade, then asked her if Johnny Hallyday would have wanted there to be this kind of incident. Eddy Mitchell nodded letting it be known that the rock star was here for it, “f*cking the world”.

During this interview, Eddy Mitchell once again said he did not appreciate the statue tribute to Johnny Hallyday located in front of the Accor Arena in Paris. “I didn’t like it, no”did he declare. As for the legacy that caused chaos in the singer’s family, he preferred not to get involved. On the other hand, he assumed that he disagreed with Laeticia Hallydaybut that does not mean that there is “angry”, he assured. Even if he has no intention of going to the exhibition on Johnny Hallyday’s career that his widow is putting together and which will be presented in Brussels and then in Paris.

Article written with the collaboration of 6Medias.

“Finding the North”: Braving the Great Cold with Human Warmth 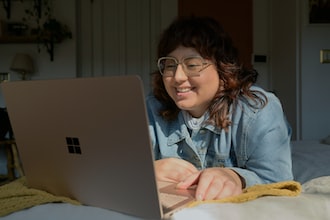