Tournaisian Florent Boulogne opens before the trip to Leuven: “The games we have to win”

In order to make a difference, CNT must at all costs solve the recurring problem since the beginning of the season: its ending. “It’s strange because in training, even if you don’t know how to exercise thoroughly, everything is fine. But in games we suffer from a lack of finishing. We must not fall into a negative spiral. Otherwise it will get worse and worse. It is the trip to Louvain that should allow us to gain confidence. In a small pool, which favors fast play, we should have a lot of opportunities. It’s up to us to finish them off as well as possible while staying firmly behind“.

With three wins and three losses, the Tournaisians are on the verge of entering the play-offs. “We are happy to be here. Especially since we realized that it’s really hard not to have a pool. Unfortunately, it will be like this for some time. In the end, we never play at home. Later we have to train, later play and collect miles. It takes energy. Despite everything, we see that everyone shows great motivation. So far we are fine. Even if as competitors we always hope to be better. We lost some games where we could have done better, but we will lose others. While we will conquer others. Mouscron and La Louvière will fight for the title. But behind, we are four for three places. It is up to us to continue playing well in order to qualify“.

With his experience, Florent Boulogne has an important role to play in a very young group. “It is cheerful because we feel that they are very attentive. Especially with Šandor Hirbek, who is very strong in training. They look after everything. And they pull us up with their enthusiasm. They make us play more dynamically by putting us at their own pace. It’s working fine so far“. 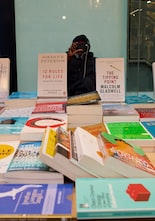 Benoît Labis presents his book The Great History of the NBA

Adeline Toniutti, a victim of domestic violence, told a terrifying story about the nightmare she went through